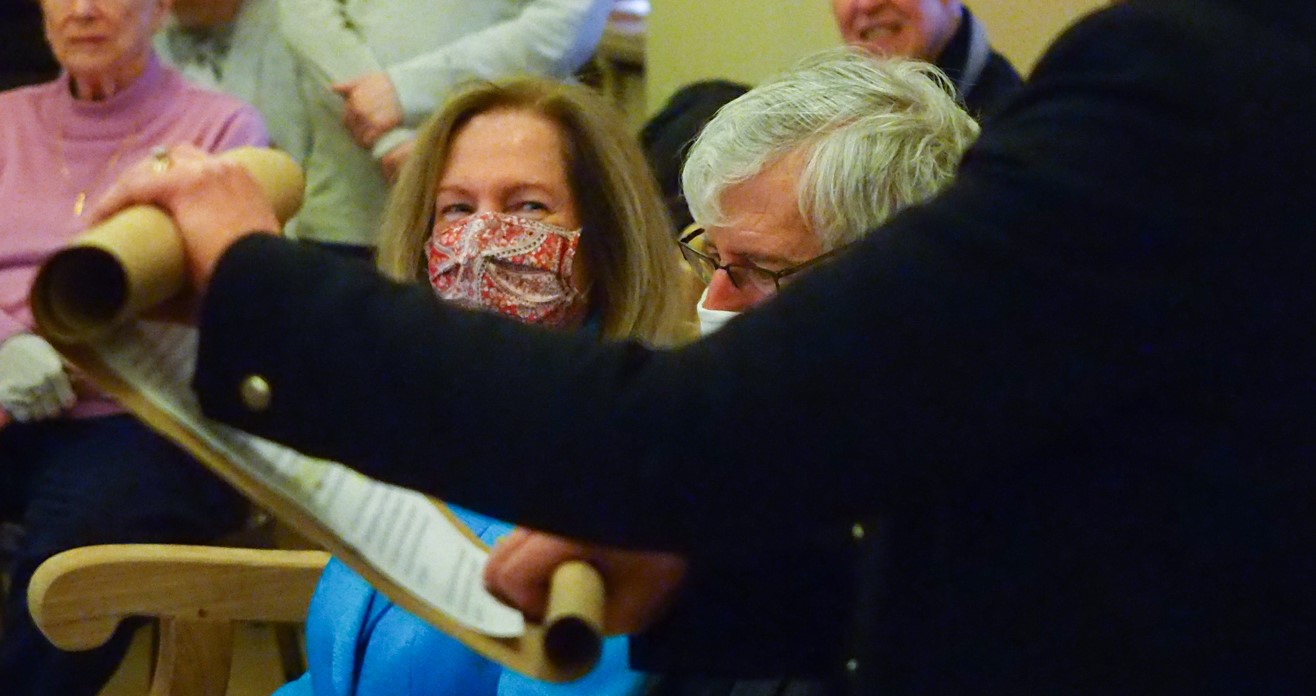 Our beloved, Reverend Dr. E. Bevan Stanley will soon be retiring after more than nine years of dedicated service as Priest in Charge and Rector of St. Michael’s, and

WHEREAS, Dr. Stanley, the 26th Rector at St Michael’s Litchfield, will retire on March 31, 2022, after completing devoted service to our parish since October 28, 2012.

WHEREAS, Dr. Stanley or Bevan as he has asked to be called, received his Master of Divinity degree at Yale Divinity School and was ordained deacon in 1983 and priest in 1984, and

WHEREAS, Bevan received a Doctor of Ministry degrees from Hartford Seminary in 2002, with a thesis on training lay leaders, and

WHEREAS, Bevan has extensive experience in growing a parish as well as being a trainer and consultant in all dimensions of parish development; teaching the diocesan Parish Development Course, trained in community organizing by the Industrial Areas Foundation, active in working for change in New Haven, and

WHEREAS, Bevan will be remembered for his quick smile and sense of humor; and for his Sunday sermons that weave historical context, linguistics, theology, current events and humor; and sometimes poetry and song; and

WHEREAS, Bevan is a priest known for meeting people where they are and, to that end, was always willing to experiment with new and creative ways of being church; and

WHEREAS, Bevan became an honorary member of the Dragon Ladies, always willing to climb ladders, move tables, benches and advent wreaths and an occasional Epiphany puppet; and

WHEREAS, at the altar, Bevan’s composure never failed, even when presented with a rubber chicken in the offering plate; and

WHEREAS, Bevan has extended parishioners’ knowledge of the Book of Common Prayer as well as their appreciation of his wildly colorful socks.

WHEREAS, in his sermons, Bevan has always applied his considerable erudition lightly and to good effect; and

WHEREAS, Bevan’s ministry has extended beyond his human parishioners to their animals, no matter how noisy and ebullient; and

NOW, THEREFORE, BE IT RESOLVED by the Vestry of St. Michaels, Litchfield, Connecticut that after over nine years of service as our pastor and friend and thirty-eight years of priesthood, the Rev. Dr. E. Bevan Stanley carry into retirement the appreciation, respect, and affection of all, with the assurance of many more mountains to scale and rivers to paddle; and

BE IT FURTHER RESOLVED that this proclamation be entered into the permanent records of the parish of St. Michael’s, Litchfield, as of this date, March 27, 2022.